Last month I wrote about how Natural Family Planning has changed over the past century. In this post, I touched on what the resources I was using believed about artificial birth control. I’ve written extensively about my personal reasons for avoiding hormonal birth control, as well as some health reasons for avoiding. I think it is really interesting to look at how the public and religious opinions have changed over the years, and taking a theology course over the month of January further piqued this interest. 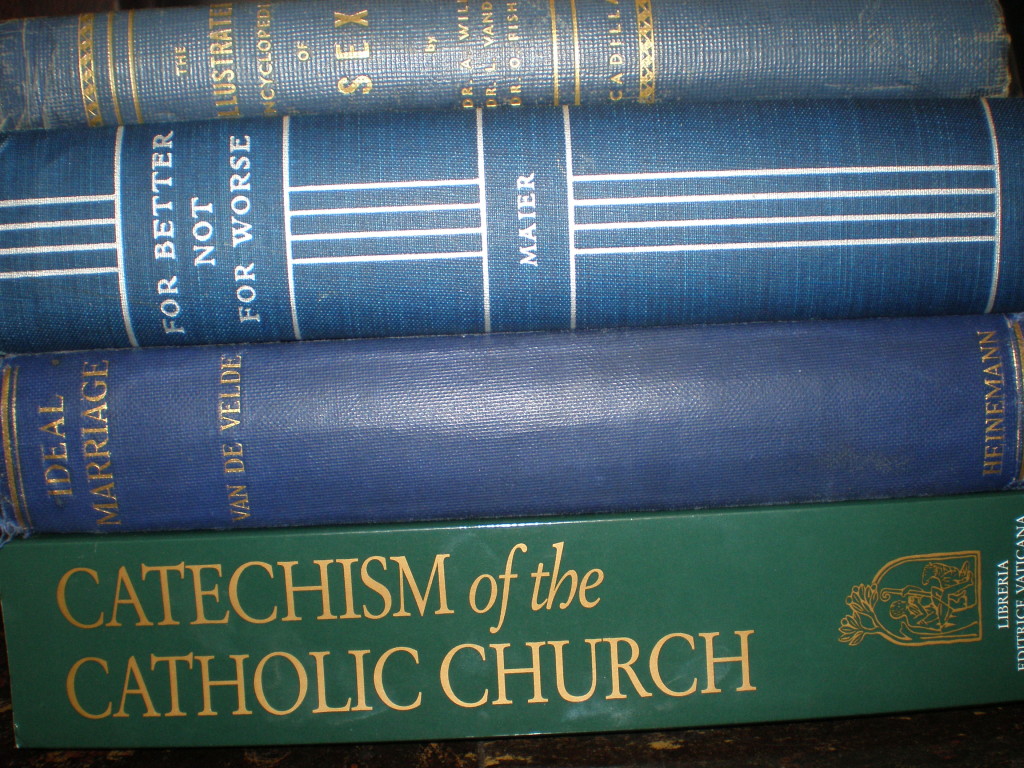 As most people know, to this day the Catholic Church condemns all forms of birth control, save Natural Family Planning, for moral reasons. However, what many people do not realize is that for a long time, most other Christian denominations also opposed artificial birth control. Of course, over time this has changed and now natural methods are not even considered by most. In fact, hormonal birth control is considered a cure-all and a necessity for all women. You all know how I feel about that

For a long time, infant mortality was high and one could find advantages to having many children. In this case, it makes sense to shun birth control and claim that the limiting of children is harmful to society. This is the opinion that For Better Not for Worse held in 1939. And we cannot leave out the arguments that birth control leads to sexual delinquency, as this was a problem that many churches had for a long time. Discussion of these two arguments, however, is beyond the scope of this post.

Hormonal birth control was first approved by the FDA in 1960, but studies were being done as early as 1921. Of course, people have been using birth control for millennia, from special herbs to sponges soaked in natural spermacide to condoms made from a variety of materials. It is important to recognize that birth control is not a new phenomena, it is just much more public, widespread, and effective now.

Since before the Protestant Reformation in 1517, churches have considered birth control immoral, and neither Luther nor Calvin (two main protestors at the time) argued against this. Until the 20th century, no one did. Now, the various denominations are divided as to their official opinions on birth control. Even within the Lutheran church, some branches teach that birth control is not okay, while the ELCA states that birth control is acceptable if the parents would not care for a resulting child. I found this very interesting, as it is a significantly more conservative view that I have ever been exposed to. And I know a lot of Lutherans. To give the full spectrum, the Presbyterian church teaches that birth control is okay in all circumstances. In general, the Christian opinion on birth control excludes methods that could be considered abortificant. Of course, then we must define what makes something abortificant. Once again, that is beyond the scope of this post.

In 1950, a comprehensive book was published for the sake of educating people about sex and their bodies. I do not know the religion of the author, however The Illustrated Encyclopedia of Sex was written as a secular book. This book has been my favorite resource in researching this topic. While all of my other resources discuss the morality of limiting children and the Church’s viewpoint, this book approaches birth control from a health standpoint. It extensively discusses the problems with withdrawal, for example that it causes harm to the relationship by disrupting sex and requiring so much concentration. Unfortunately, there were laws in place that did not allow the author to directly discuss other birth control methods, but the author clearly felt these were also harmful, due to lack of spontaneity, physical harm to the women, and other negative aspects that can still be seen in modern methods

Since people have been advanced enough to want to avoid having children, there have been methods of birth control. For centuries, there have been declarations against its use, and people using it anyway. However, in just the past century, public opinion and discussion of birth control has changed dramatically, as views on morality and our responsibility change. How will these opinions change over the next 100 years?